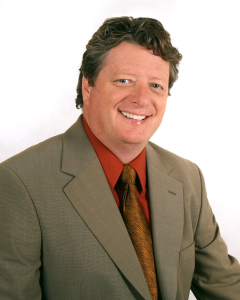 Gary McNamara launched his radio career at WJJL Niagara Falls, NY. From there he returned to his hometown of Buffalo, where he broadcast from WBEN. Following successful stints with WLS in Chicago and KXL in Portland, OR, Gary joined the roster at Dallas/Fort Worth’s WBAP in 2000. He served as an afternoon drive personality for the station before being paired with Eric Harley in 2005 to co-host The Midnight Radio Network, which had built a loyal following among late night radio listeners. In 2012, Eric and Gary became the hosts of Red Eye Radio, which airs on more than 150 affiliates.

Prior to entering the broadcasting world, Gary compiled a resume as colorful as his personality. From janitor to bill collector to assembly line machinist and stand-up comic, Gary’s “regular guy” persona make him one of the country’s most relatable hosts. Like the vast majority of his listeners, Gary believes that America doesn’t owe him a thing but he owes this country everything. His opinions on freedom, capitalism and the willingness of Americans to sacrifice for both are constant themes in his broadcasts.

When he’s not on the air, Gary enjoys being on the golf course or playing a game of pick- up basketball with his neighbors. 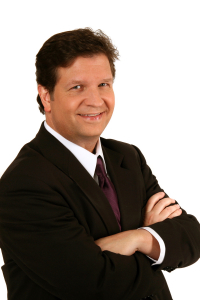 Eric Harley‘s radio career spans more than two decades. In that time, he has entertained listeners across America with his insight and humor. For nine years, Eric was part of the top-rated morning show team in Dallas/Fort Worth for WBAP. He also hosted the Pure Gold format for ABC Radio Networks. Prior to becoming an on-air talent, Eric served as the creative services director for the DFW market’s KDGE and KZPS.

In 2001, after several years serving as producer for The Midnight Radio Network, Eric moved to the host chair. He was joined in 2005 by Gary McNamara and in 2012, the broadcast duo took the reins of Red Eye Radio, creating an overnight program reaching more than 150 stations.

Eric is a dedicated runner who loves to clear his mind on the road each morning. He and his wife Barbara enjoy spending time with their children Trevor, Sabrina, Elizabeth, Eric, Donna and son-in-law David. They all share a love for music, movies, and of course, each other. Eric’s volunteer work with the American Heart Association, the March of Dimes and the Muscular Dystrophy Association has helped teach him that all things are possible when you are surrounded with great people. He brings this positive outlook to his devoted radio audience each night regardless of the topic being covered.