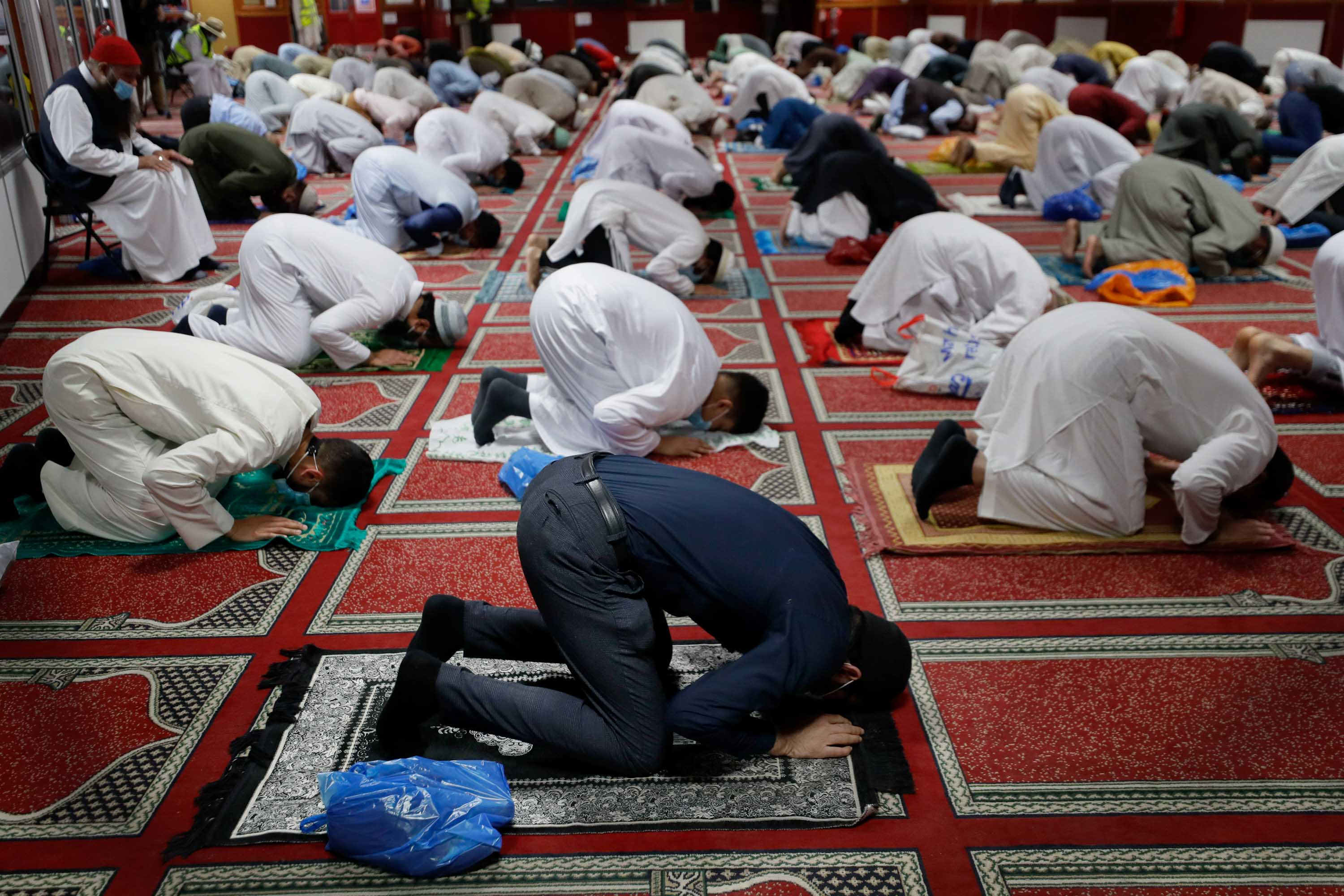 One of the most important festivals of the Islamic calendar, Eid al-Adha marks the height of the annual Hajj pilgrimage to Mecca in Saudi Arabia.

It commemorates the story in the Quran of God appearing to Ibrahim — also known as Abraham — in a dream and commanding him to sacrifice his son as an act of obedience.

Muslims believe that as Ibrahim was about to sacrifice his son, God stopped his hand and gave him a sheep or ram in place of his son. A version of the story also appears in the Book of Genesis in the Old Testament and in the Torah.

To commemorate God’s test of Ibrahim, many Muslim families have an animal slaughtered — often through their local butcher — and distribute the meat to family, neighbors and the poor.

As the timing of Eid al-Adha depends on the sighting of the new moon, Muslims in different countries sometimes celebrate it on different days, though most follow the lead of Saudi Arabia, as the site of the Hajj.

This year, in Saudi Arabia, the United States and in many other countries, the festival begins on Friday and lasts for four days.

It is a time of celebration when families gather for meals, visit relatives and friends, and children are given money and new clothes. It’s also a time when families visit the graves of their loved ones, pray in a congregation and donate to the poor.

What difference does the pandemic make?

But this year, the coronavirus pandemic means Eid will be quite different for many Muslims.

Several countries have imposed lockdown measures that will restrict these gatherings.

In the US, lockdown rules vary across individual states. In New York, for example, where there is a phased reopening, people are required to wear masks in public places and maintain six feet of social distancing from others. However, groups of up to 50 people are permitted to gather.

Meanwhile, in Chicago, anyone hoping to visit a relative in an area experiencing a surge in new Covid-19 cases — including Alabama, Florida and Texas — will need to quarantine for 14 days on return.

In Louisiana, the state asks people to avoid groups of any size that do not allow for moderate social distancing.

In the Middle East, lockdown measures across in Iraq, Egypt, Iran and Saudi Arabia will also mean some traditions and gatherings are restricted this year, with festivities likely to be smaller and more intimate.

Eid al-Adha is the height of the Hajj pilgrimage, an annual event that has also been affected by coronavirus.

In normal years, an average of more than two million pilgrims attend the Hajj, which is considered one of the five pillars of Islam.

This year, social distancing rules mean only around 1,000 pilgrims can attend from within Saudi Arabia, while international visitors are not permitted.

Striking photographs show masked worshipers, whom authorities said had already been through a rigorous quarantine and health screening process, adhering to social distancing while circumambulating the Kaaba, the sacred structure at the center of Mecca’s Great Mosque.