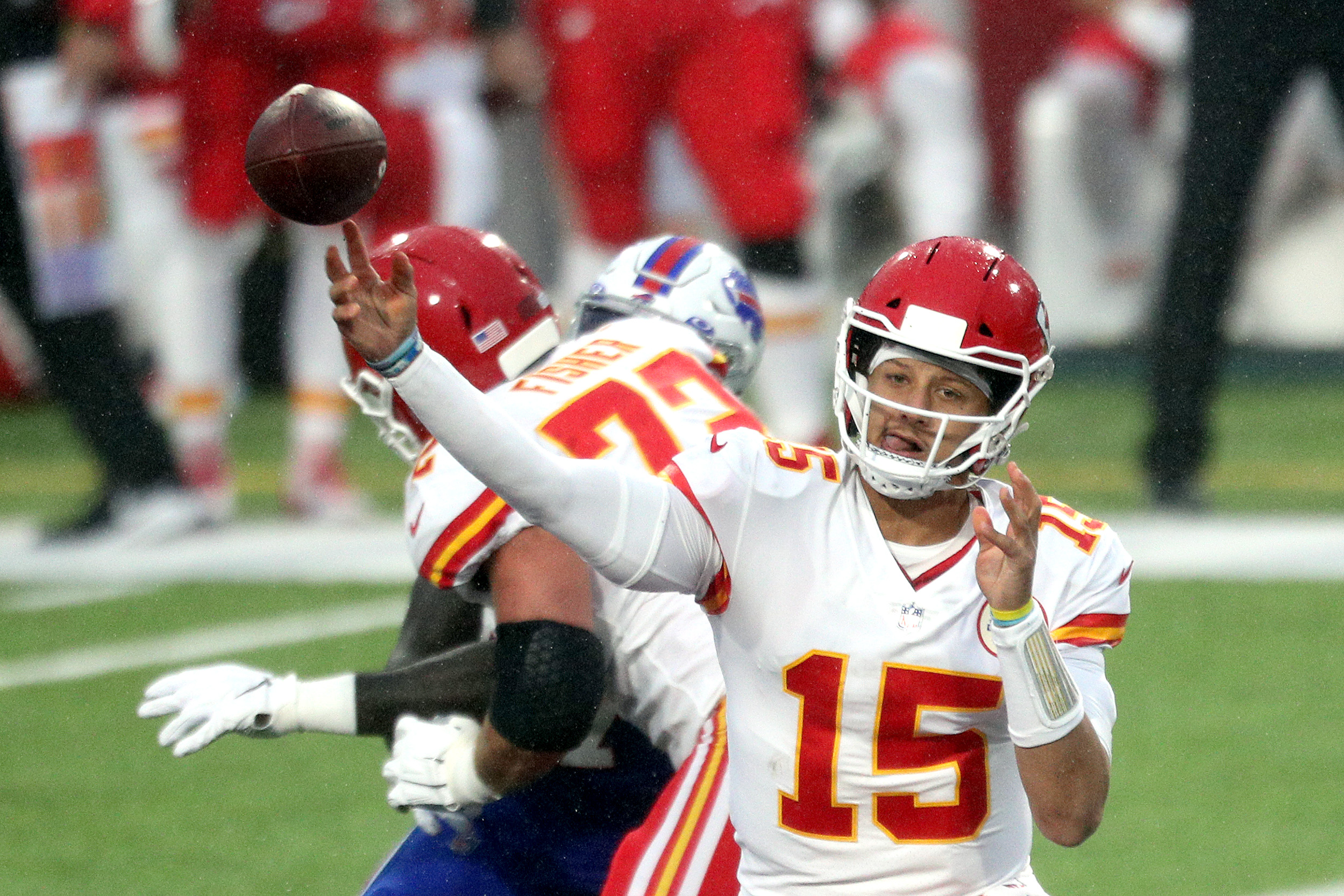 And just like that Patrick Mahomes broke a NFL touchdown pass record as the Kansas City Chiefs got back to winning ways against the Buffalo Bills.

The quarterback threw two touchdown passes to inspire the Chiefs to a 26-17 win on Monday as they bounced back from a disappointing loss to the Las Vegas Raiders last time out.

With his first touchdown pass of the night, Mahomes became the fastest player in the Super Bowl era to reach 90 touchdown passes, doing so in just 37 games. The previous mark was set by Hall of Famer Dan Marino, who reached the landmark in 40 games.

Travis Kelce received both of Mahomes’ touchdown passes as the quarterback recorded a touchdown pass in his 16th consecutive game.

Despite Mahomes’ record, it was rookie running back Clyde Edwards-Helaire who stole the show.

The 21-year-old rushed for 161 yards to record his second career 100-yard-plus game, as the Chiefs ran their opponent into the ground.

“When you have days like this, things just seem to part like the Red Sea,” Edwards-Helaire said after the game.

Mahomes signed a 10-year contract extension with the Chief this year in a deal that his agent says is the most lucrative contract in sports history.

The 25-year-old, who led the Chiefs to a Super Bowl championship last season, is now under contract through the 2031 NFL season.

The extension is reportedly worth $450 million but the team did not confirm the terms of the deal.