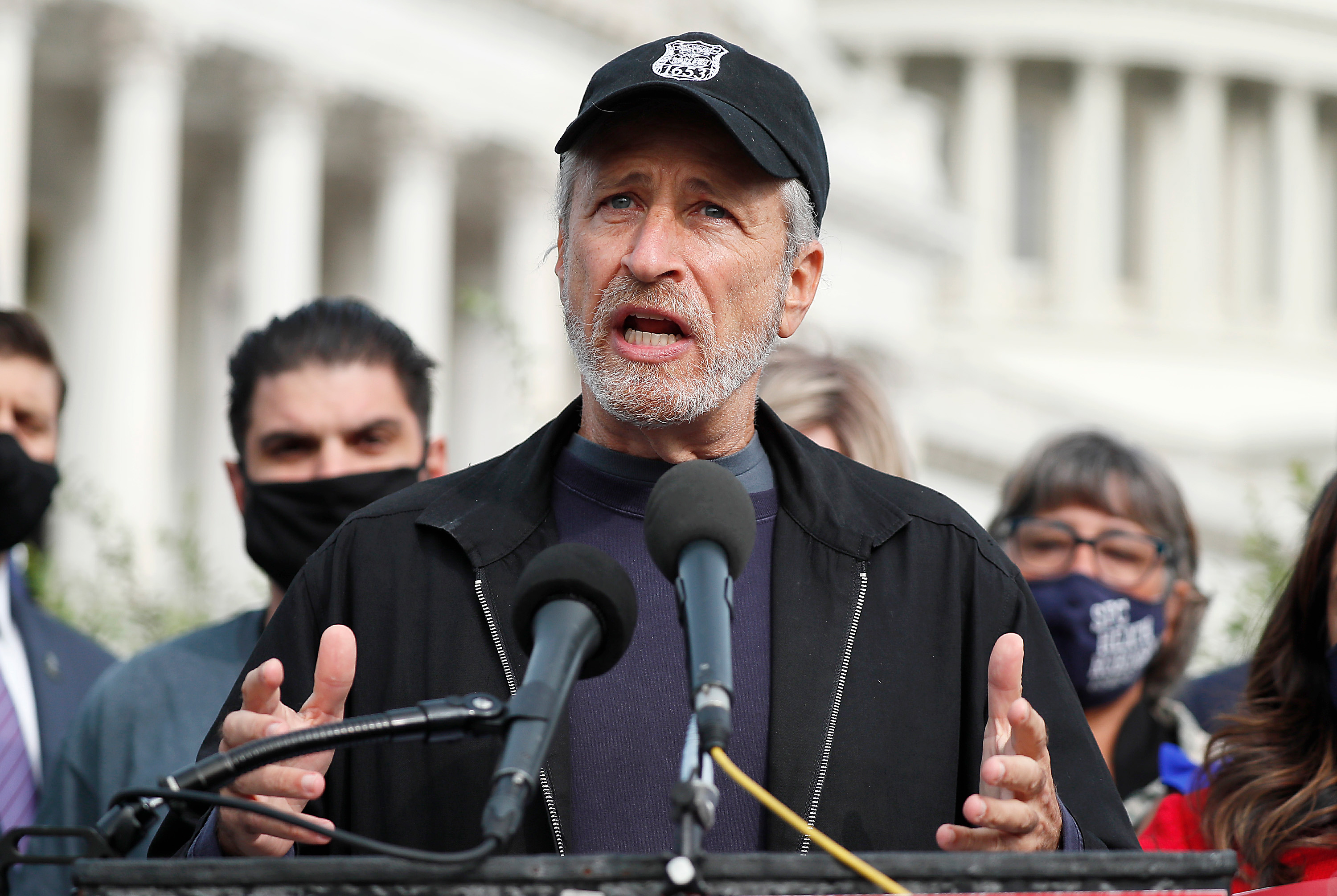 Jon Stewart, the former host of “The Daily Show,” is back in Washington, DC, pushing a bill to help sick veterans.

Stewart joined Democratic Sen. Kirsten Gillibrand of New York, Democratic Rep. Raul Ruiz of California, former VA Secretary David Shulkin, and John Feal, a veterans advocate, at a news conference on Tuesday to speak out in support of the Presumptive Benefits for War Fighters Exposed to Burn Pits and Other Toxins Act of 2020, a proposed bill that would support veterans who were exposed to harmful fumes that came from burn pits.

Burn pits were used to incinerate and burn all sorts of waste, hazardous material and chemical compounds at military sites throughout Iraq and Afghanistan.

“Welcome to another exciting episode of ‘When is America going to start acting like the great country we keep telling ourselves we are?'” a frustrated Stewart said at the news conference. “Our veterans lived 24 hours a day, seven days a week next to toxic smoke, dioxins — everything. And now they’re being told, ‘Hey man, is that stuff bad for you? I don’t know we don’t have the science.’ It’s bulls***. It’s bulls***. It’s about money.”

“And we’re here today to say we’re not going to let this happen in the dark,” he said.

Stewart, who previously backed a bill to help first responders that became sick as a result of their work on 9/11 to pay for health care through 2092, drew parallels between those sickened by 9/11 and veterans who went to fight in Iraq and Afghanistan, pointing to jet fuel as being the common ingredient that has led to illnesses for both veterans and first responders.

Stewart said that jet fuel was used as an accelerant for the burn pits and that the pits were as large as 10 acres and “burned 24/7.”

“When it was done, we thought it was done,” Stewart said. “But it turns out that the warfighters that were sent to prosecute the battle based on the attack on 9/11 now suffer the same injuries and illnesses that the first responders suffer from, and they’re getting the same cold shoulder from Congress that they received. And so the fight starts again.”