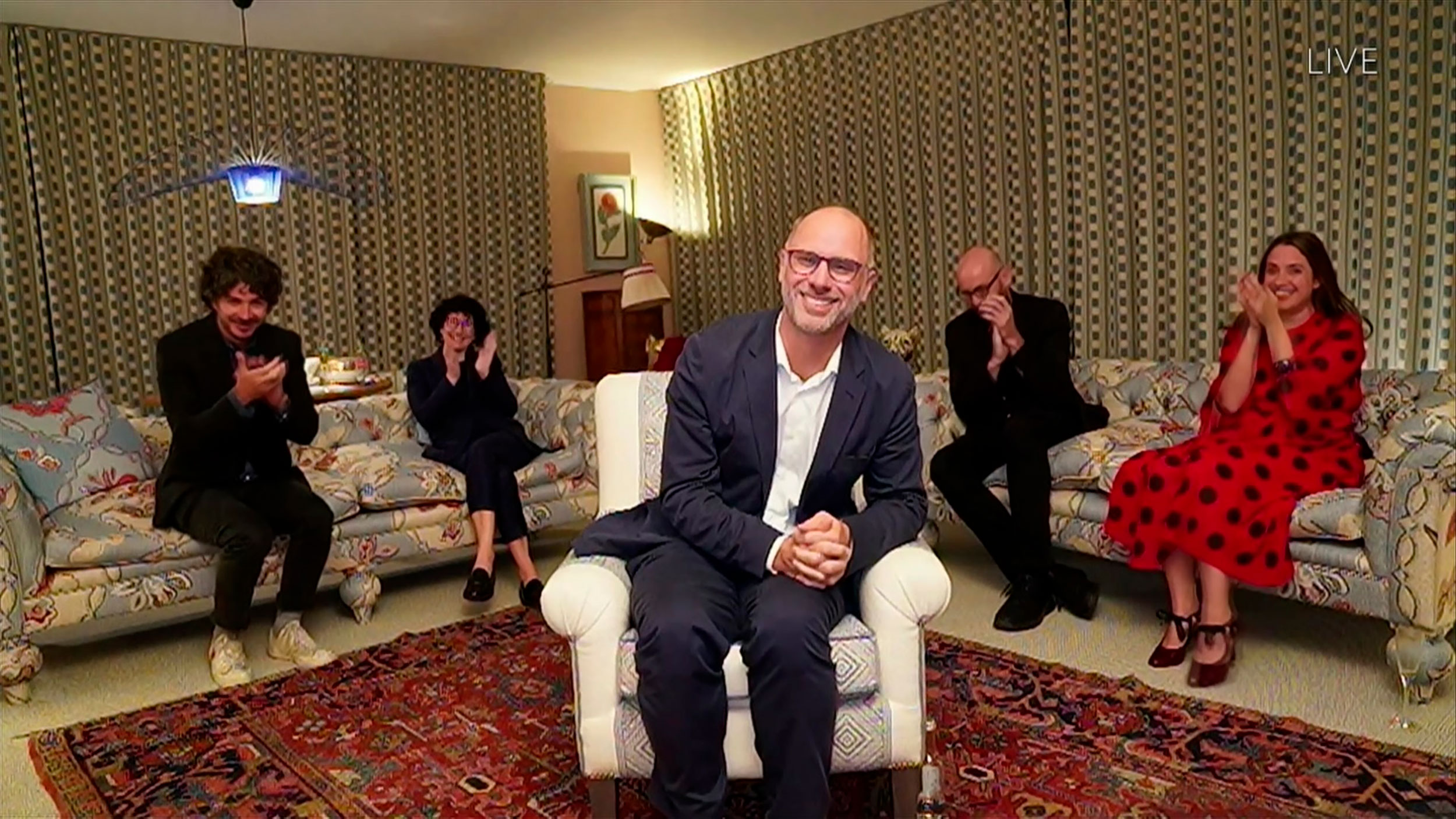 Sunday night marked the first time the Emmy Awards went virtual and until red carpets make a comeback, all eyes are on backgrounds. That’s why CNN enlisted the help of Claude Taylor and Jessie Bahrey, the duo behind the popular and endlessly entertaining Twitter account @ratemyskyperoom, to share their thoughts on celebrity set-ups during the Emmys.

Ahead of the event, Emmy producers sent 130 camera and lighting kits to nominees in an effort to give them a leg up in their attempts to capture their big moment, but if the backgrounds featured on Sunday’s show are any indicator, celebrities were left to make their own unique style and design choices.

Below, Taylor and Bahrey share their thoughts on everything from the lavish party thrown by the Emmy-dominating cast of “Schitt’s Creek” to Regina King’s powerful messaging.

“Beautifully lit. The Canadians are cleaning up. The Roses are winning all the points. 10/10.”

Regina King picked up an award for outstanding lead actress in a limited series or movie for “Watchmen.”

“Great bucket of flowers. Love the bottom half of wall. Hang some art on top. Iffy on couch. 8/10.”

Mark Ruffalo won for best lead actor in a limited series or movie.

Zendaya was the winner for outstanding lead actress in a drama series. At 24, she is the youngest winner in the category’s history, according to the Television Academy.