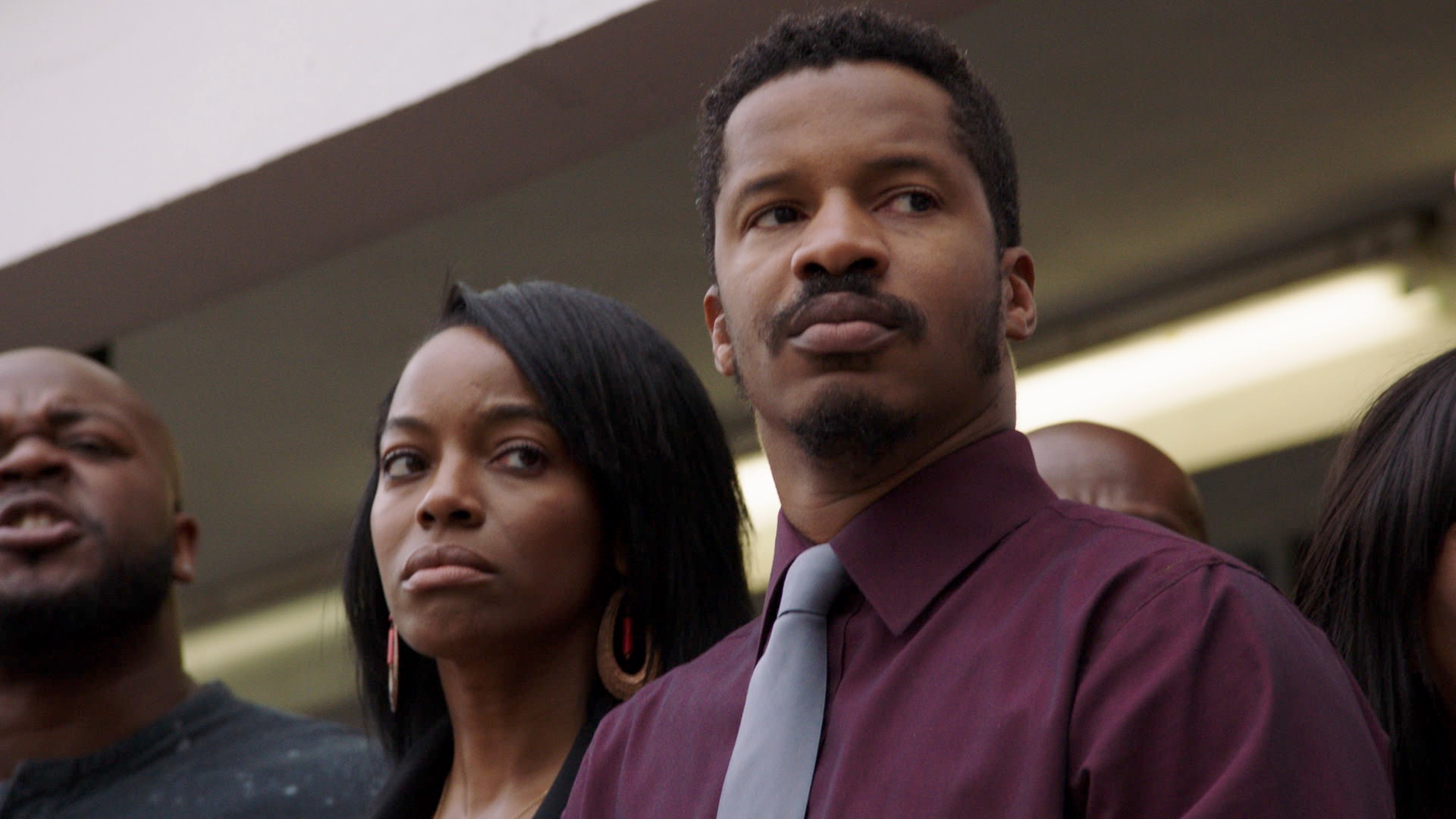 “American Skin” touches on raw nerves in the midst of a chaotic historical moment, which is ultimately the whole point. Following his 2016 feature debut “The Birth of a Nation,” writer-director-star Nate Parker seeks to bore into the issues surrounding policing and Black America, through a provocative but flawed dramatic vehicle that strains against its confining central device.

That device involves presenting the movie through the lens of a student filmmaker, Jordin (Shane Paul McGhie), who is following up on the police killing of a 14-year-old African-American boy during a traffic stop a year earlier. Jordin has come to interview the boy’s father, Lincoln Jefferson (Parker), a Marine veteran grieving his son’s loss.

Linc decides to take matters into his own hands and seek justice, with the camera crew there to document what transpires. A hostage situation ensues, trying to force the police to confront what happened.

Parker fleshes out the you-are-there approach with things like dash-cam video of the original encounter and surveillance footage, but it’s clearly a challenge to construct the drama around this format. On the plus side, the verité style contributes to the sense of realism the film wants to convey, tapping into the audience’s awareness of too many real-life videos depicting similar tragedies.

The main problems reside in Parker’s script, which saddles certain characters — most notably the police officers involved — with stilted, heavy-handed dialogue. Given its structure the film wisely runs a brisk 90 minutes, but a byproduct of that is crunching complex issues to fit in that package.

“American Skin” fares better in capturing Lincoln’s pain, having lost his son despite all his warnings and admonitions reflecting the fears that Black parents harbor. When someone seeks to express sympathy by noting that they have children, Lincoln replies quietly, “Are they breathing?”

The cast includes Omari Hardwick (“Power”) as a fellow veteran, Beau Knapp as the cop who pulled the trigger and Theo Rossi (“Sons of Anarchy”) as a fellow officer. The primary emotional journey, meanwhile, involves Jordin, who goes from passive observer to grappling with his own feelings about what happened and whether violence is ever the answer.

In some respects “American Skin” plays like a more urgent modern-day companion to “Birth of a Nation,” which chronicled Nat Turner’s 1831 slave rebellion. Among recent movies it also recalls “American Son,” a Netflix adaptation of the stage play about a Black mother in a police station waiting for an update about her child.

“American Skin” has waited a long time to see the light of day, having premiered at the Venice Film Festival in 2019. The delay has not made the movie any less timely — while adding distance to a personal controversy involving Parker that drew attention when “Birth of a Nation” was released.

Presented by Spike Lee, the film doesn’t sugarcoat its message about systemic injustice, or the anger and desperation that fuels. Parker’s stated goal in the production notes is to “challenge systems of oppression by promoting a much-needed dialogue between law enforcement and community members of color.”

Trying to spur such conversations can be a messy way to make a movie, and it’s not easy unwinding the film’s ambition from its merits. “American Skin” is worth seeing, for the issues Parker seeks to address, even if it only partially works in leaving a mark.